The purpose of this chapter is to provide a comprehensive review of empirical research on performance management (PM) in former communist Central and Eastern European (CEE) countries, to evaluate the state of knowledge in this area and suggest possible directions for future research.

Methodology/approach : An examination of the literature was undertaken to review the empirical studies treating on PM in ex-communist countries from CEE. A total of 96 journal articles, PhD thesis, and conference papers were identified, categorized, and analyzed according to research questions, methodology, and theoretical framework.

Contributions are classified by countries, according to progress in transition process (post-transition/transition countries) and membership in the Soviet Union (Soviet/non-Soviet countries).

On the contrary, in transition countries PM research and practices are at an early stage, the reviewed literature highlights some specific issues related to transition context: the dynamic aspect of PM, change management, importance of informal systems, cultural aspects, and business traditions.

Research limitationsBecause of the large number of CEE countries and the diversity of their national languages, many studies conducted in native languages have not been addressed in this literature review, which is essentially based on publications in English and French. Only for three CEE countries (Russia, Romania, and Moldova) publications in national language were considered.

Practical implications : This literature review may be useful for practitioners, providing insights on the extent of diffusion and usage of different PM tools and identifying difficulties and pitfalls to avoid in their implementation. 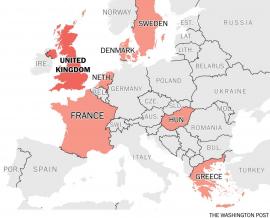